I can’t believe I’m already writing a post on the last month!  2017 went by so fast!

Heifer- Cows who haven’t had calves yet, or are having their first calf.

Cow- A cow who has already had a calf.

Sorting pairs- Taking the cows that have already calved, along with their calves, and putting them in another field besides the calving pasture.

And a sneak peek into February…

So, calving season is upon us.  The heifers just have a few left, and the cows will really start gearing up and calving the 5th of February.

Life is never boring around here unless you let it be. 🙂

So, my little brother Stran, who is eleven, decided to start writing a book today.   When he showed it to me I knew I had to put it on here.  I thought he did such a great job, and I figured this was a good place to keep sweet memories like this safe.

I didn’t change any of the grammar, punctuation, or spelling.  It is all original. 🙂

Jacob got right out of bed and ran down to the kichan.  Brakefast is ready called mom.  Dad was reading the newspaper.  Than he got ready to go to work.  Jacob asked if He could come with.  So He got on His coat and His shoes and they went to the barn.  There was a calve been born.  Jacob could not whate to see the calve been born.  The calve was white.  Jacob named the calve snowy.  Jacob loved the name snowy.  Than Jacob asked if the calve was a girl or boy.  The calve was a boy.  The next day Jacob went to feed snowy.  Dad let Jacob have snowy.  Jacob was going to have snowy forever.  Jacob named the mom Rose.  The mom was a red cow.  Rose was a very nice cow.  Jacob played with snowy.  Than Jacob went back home for dinner.  After dinner Jacob watched a movie.  Than it was time for bed.  Jacob was ready for bed in no time at all.  He hopped right in to bed and mom came and tucked Him in.  and Jacob went right to sleep.

Morning hit and Jacob got out of bed.  When He got down dad said that snowy was very sick and might die.  Jacob was very sad and asked if He could see snowy.  Jacob ran as fast as he could go when He got down there the vet was there.  They said that snowy had a very bad fever and might not recover.  When Jacob got back to the house He went to His room and started to pray to God that snowy would get better.  It took Jacob a long time to go to sleep.  But when it was morning Jacob ran down to the barn.  When He opened the door dad was in the barn.  When dad looked at Jacob he was smiling and said that snowy was getting a lot better and said snowy was going to live.  When Jacob heard what dad said he jumped into his arms.  When Jacob looked up snowy was standing right there.  Jacob said it looked like snowy was smiling.  Than Jacob started feeding snowy.  It was 6:30 and it was time for dinner.  Jacob and dad went to the house for dinner.  Mom was cooking chicken for dinner.  It smelled great.  This time Jacob read a book in His bed.  Jacob fell fast asleep.

A girl at our Bible study the other night was talking about seeing this quote.  I searched the internet until I found it again.

This is big stuff, guys, that we cannot ignore.  Eternity is a long time.  In fact, eternity isn’t even time…it’s forever!

Quick post guys!  Just sharing that one of the first calf heifers had her calf today, making it the first calf born on Silver Spring Ranch in the year of 2018!

Here is a picture that dad took.

I love this time of year and I am so excited it is starting! Happy New Year! 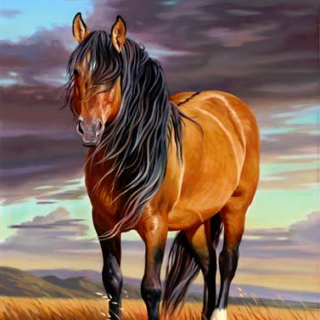